Credit unions have the choice of being chartered by the state or federal government. The United States has the strongest and most innovative banking system in the world, in large part because of this choice. It creates a healthy dynamic tension among regulators, resulting in a wider range of products and services available to consumers, lower regulatory costs, and more effective, more responsive supervision.

Formation of the Dual Charter System 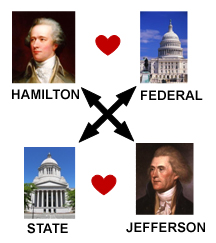 In 1934, the Federal Credit Union Act was enacted; the dual chartering system was born and continues to exist today. Under the dual charter system, state and federal regulators are the guardians of credit unions and help ensure the public's confidence in the financial services system that is vital to any state's economic destiny. Credit unions in the U.S. have deposit insurance. The shares and deposits at our Washington state credit unions are insured by the National Credit Union Share Insurance Fund (NCUSIF). The NCUSIF is administered by the National Credit Union Administration (NCUA), a federal agency that insures deposits similar to the Federal Deposit Insurance Corporation for banks.

The competitive nature of the dual chartering system has prompted individual states to be responsive to the needs of their constituent credit unions and citizens, thereby resulting in new products and powers. A choice of charter forces regulators to update and improve examination techniques and examiner training, maximize efficiency and control costs for fear that supervised institutions might abandon them out of frustration. Moreover, regulatory authorities are encouraged to take a healthier, more positive posture on financial innovation and risk-taking when there are charter alternatives.

Studies have actually argued that not having both federal and state charters would inhibit financial services competition and its benefits for consumers. Dual chartering allows the system to work together on common challenges affecting the entire system and the continued strength and growth of credit unions. It ensures that the federal and state credit union systems challenge each other to constantly improve.

While overlapping federal and state regulators can appear to the uninformed to constitute duplication; the dual system actually provides checks and balances between two levels of government and helps to ensure the decentralization of decision-making power. It serves as a safety valve against concentration of power in the hands of a few decision-makers, who can become imperceptive or complacent, and against the potential for abusive or simply unwise actions or oppressive regulation. 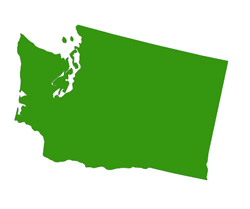 State and Federal Regulators Work Together

The decentralization of decision-making in regulation has created an environment where state and federal legislative bodies and regulators must work together on regulatory and other policy matters that enhance financial services and supervision. There are many examples of state-federal cooperation. State and federal legislative bodies worked together to form the basis for first regional and then nationwide interstate banking. State-federal regulatory working groups operate across the nation on an ongoing basis to detect and deter fraud and share regulatory findings.

State and federal regulatory agencies also accept each other's examination reports as if they were their own, and share examination report software and other technology, reducing the potential duplication of effort that could occur if there was not a high level of cooperation between them. The dual chartering system is not unlike the vision of our country's founders, who established a system of government that divides power and responsibilities between the state governments and the central government.