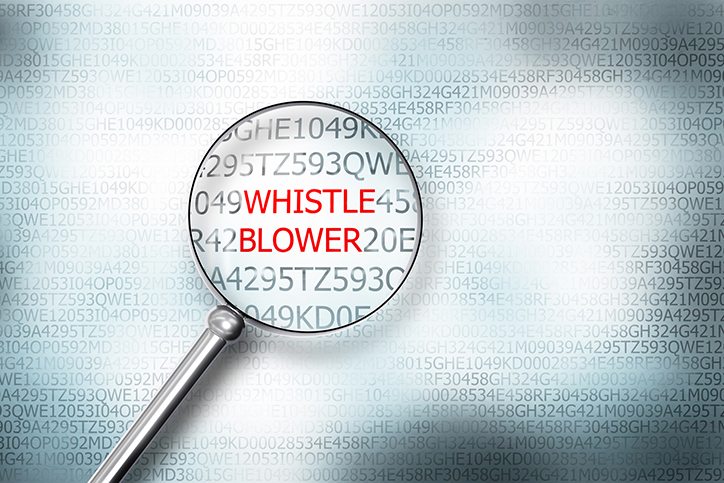 On Aug. 31, 2020, the North American Securities Administrators Association (NASAA) adopted a model state law that is designed to incentivize individuals who have knowledge of potential securities law violations to make reports to state regulators in the interest of investor protection.

In a press release announcing the adoption of the Model Whistleblower Award and Protect Act (the “Act”), Christopher W. Gerold, NASAA President and Chief of the New Jersey Bureau of Securities stated “Providing a safe environment for whistleblowers to come forward can lead to the earlier detection of securities law violations, which, in turn, provides regulators with greater opportunities to prevent harm to additional investors by disrupting alleged misconduct sooner.”

Washington State DFI’s Faith Anderson spearheaded the development of the Act as a member of NASAA’s’ State Legislation Committee.

The Act provides not only for monetary awards to whistleblowers, but also protects those who make whistleblower complaints from retaliation by their employer.  The Act draws upon the whistleblower award provisions contained in Section 922 of the Dodd-Frank Wall Street Reform and Consumer Protection Act of 2010 and the SEC’s related rules in Regulation 21F, in addition to the whistleblower laws enacted in Indiana and Utah (Indiana Code § 23-19-7, and Utah Code §  61-1-101 et. seq.).  In summary, the new model act promulgated by NASAA:

Before the law becomes valid in a state, the state’s legislature would have to pass it into law.  The Act makes clear in a prefatory note that the source of payment for whistleblower awards should be separate from the operational funds of the agency.

In the press release announcing the whistleblower award, the Indiana Secretary of State indicated that this case was “a perfect example of why the whistleblower statute is in place” because in the absence of the whistleblower complaint “the office would not have uncovered this issue and Hoosiers would still be at risk.  Thanks to [Indiana’s whistleblower law], we are able to provide a safe environment for individuals to come forth and protect Hoosiers from wrongful securities practices.” 3